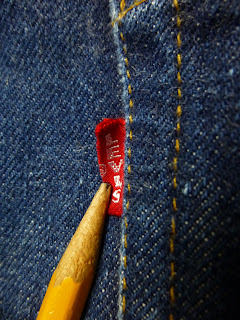 This is one of those BOLO’s (Be On the LookOut for) I never thought I’d see. It’s just on that list that I keep in the back of my mind. Major thrift scores that maybe I’ll find someday.

Vintage Levi’s with the Big E on the red tab were on that list. It’s what would make me dive into the closet at estate sales in the boonies…(“maybe, just maybe this guy never threw away his jeans….”). When I remembered at Goodwill, I’d check the back pocket of every Levi’s Jeans I came across. Most of the time it seemed too impossible.

Then came this past Monday. Due to a renewed interest in selling jeans (mostly on Hubby’s part) (I know, I know…so much for narrowing down my niches), Hubs was looking through the Men’s jeans in a Goodwill we haven’t hit in months.

I was strolling the aisles, happy with my Denby Pottery cups and saucers and a couple Starbucks mugs priced at a reasonable .69 each.

Hubby brought the cart up to me and said, “tell me what you think of these” and then walked away. I looked at the Levis. Ok. Button Fly. Ok. 501s, Ok…Price tag- 29.99!!! So I flipped them over and there it was.
The Big E.
But I had no idea if they were genuine.
Out came the smartphone.

One of the first pieces of information I found was that a single digit on the back of the top button on the fly means an older pair of jeans. 3 and 4 digits are on newer jeans. Fakes will have either nothing or ‘501’ stamped on there.
Here was ours: 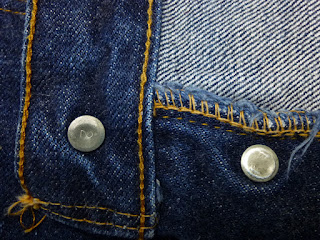 A nice, single digit ‘2’.
A few other things checked out so I told Hubby we were gonna go for it. Fortunately our Goodwill has a 7 day return policy, so I could always bring them back if other things didn’t check out.

I was pretty calm for awhile. I did some research later that night and consulted some other people.
I learned that another sign of vintage Levi’s are what’s called the redline and it’s found on the selvedge. This website has a great explanation.
Here’s a picture of mine. The redline has really faded so it’s hard to see. 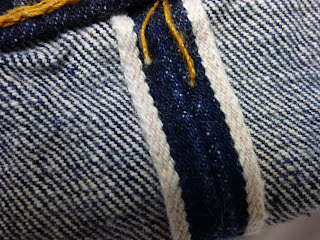 The major consensus is that these are the real deal.
So I am super excited and I started the auction yesterday. It’s already got bids. And I’ve already had some pretty crazy offers come in. I’m preferring to let the auction ride to the end. If you’d like to follow it, here’s the link:
Vtg Levis 501 Jeans Big E Redline Selvedge Single Stitch #2 Button 34×29 Mens
I’ll let you know how it all turns out!!
UPDATE: I know the link doesn’t work. They sold for $630. 🙂 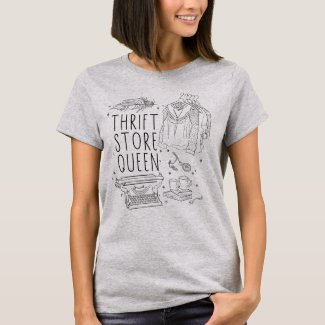