I’ve seen this idea on a few other blogs and thought it was a great one! It’s nice to look back over the year and see some of the highlights in the hunt for vintage! 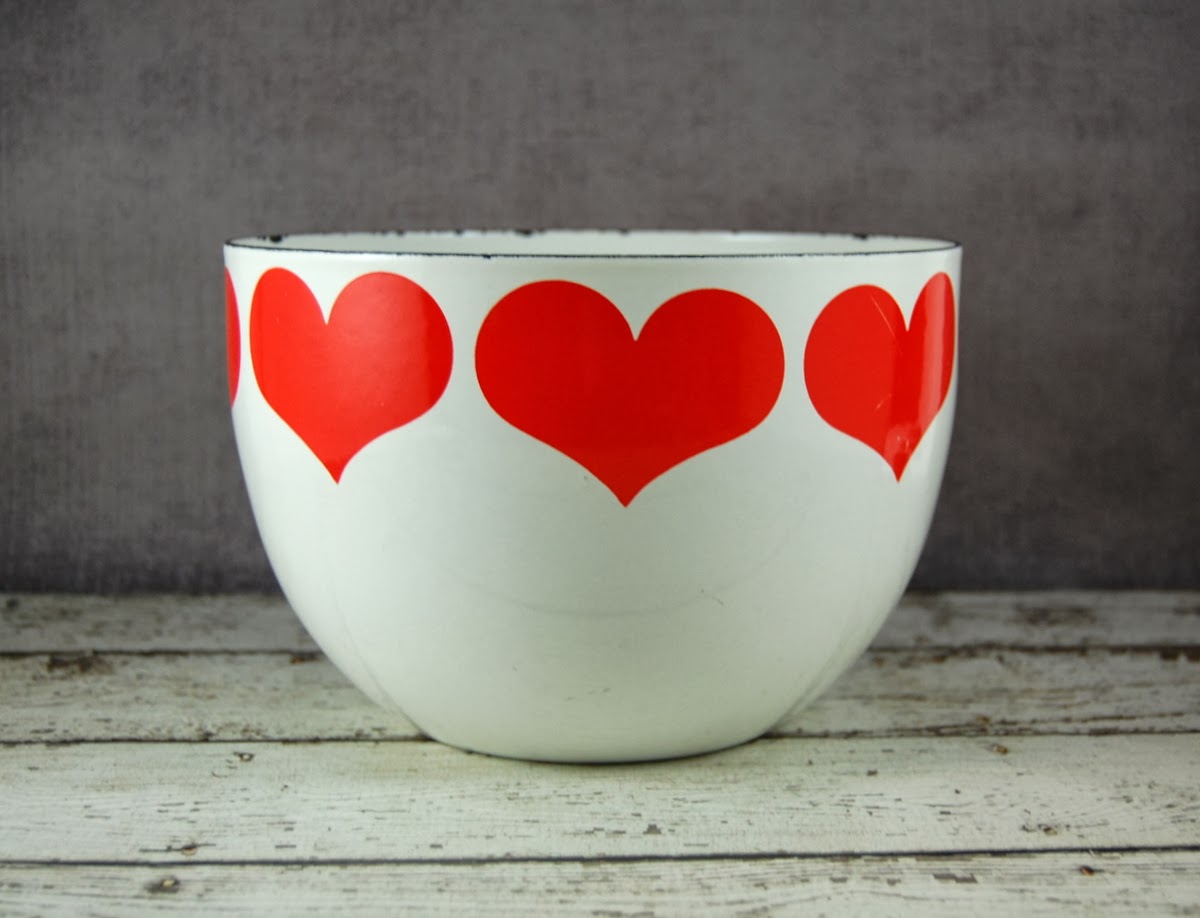 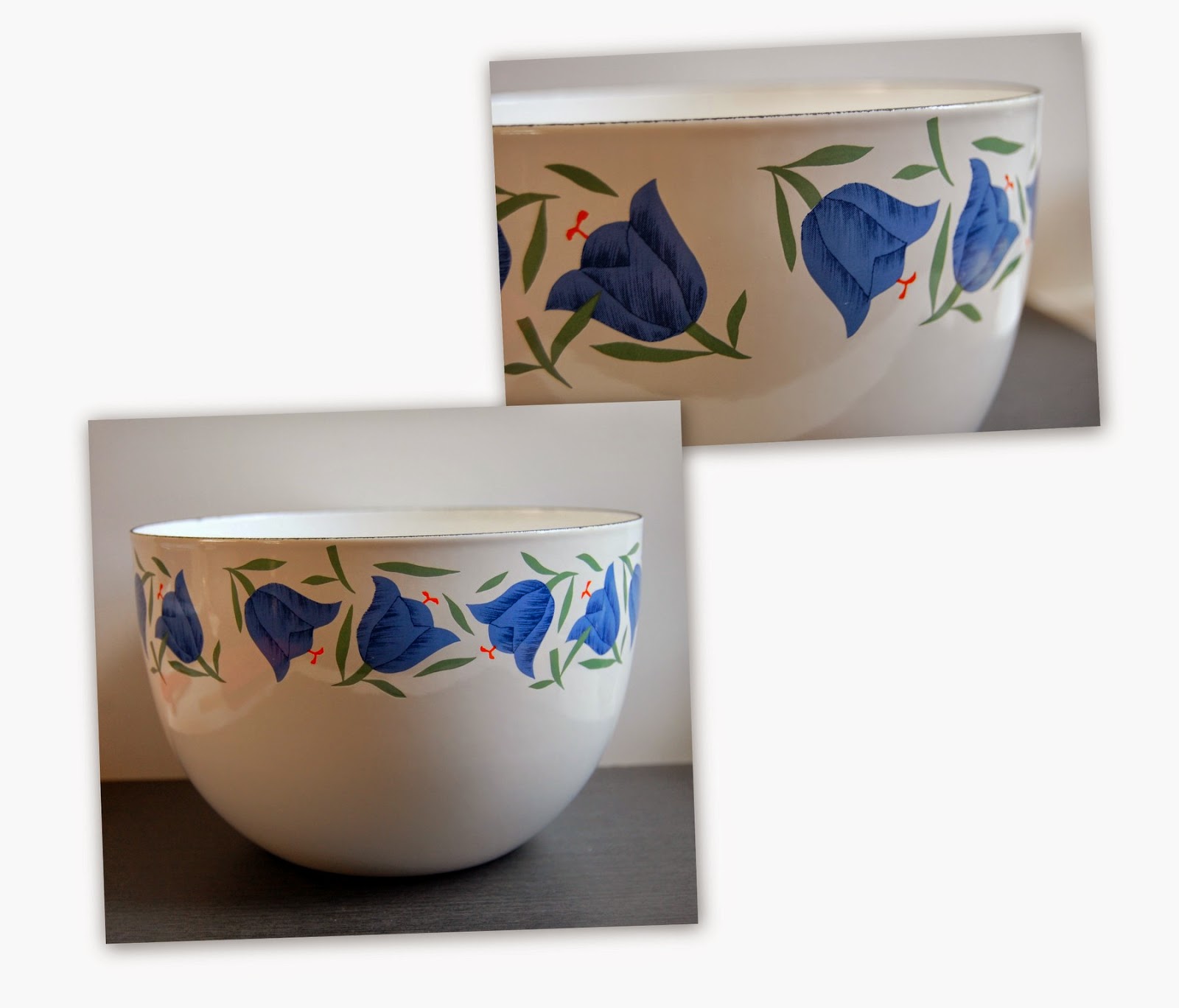 1) Finel Enamel Bowls  Let’s start off at the beginning of 2014 with a fun find that made me so happy! 🙂 It doesn’t take much, lol. This Finel Hearts bowl was right in the middle of a Valentine’s Day display at Goodwill. I had kind of hoped that would happen someday and it did! Speaking of Finel enamel bowls, later in the year I found the second one at a yard sale. I didn’t recognize it but it felt the same as the Hearts bowl. I brought it home and had it confirmed as a more rare pattern of Finel and it sold the same day. 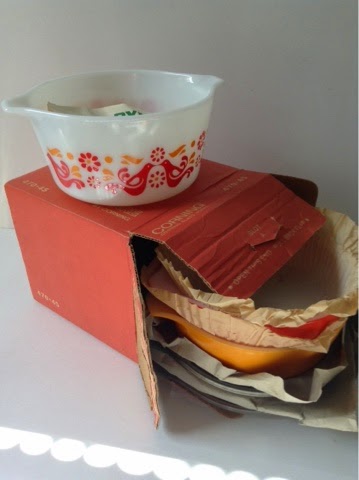 NOS Pyrex!
2) Friendship Casserole Set, NIB Second on the list would have to be this set of Friendship Cinderella casseroles…in the original box!!! Who buys Pyrex like this and never uses it??? I debated keeping vs selling and while most of you loyal blog readers urged me to keep them…I did end up selling them and have not regretted my decision. The buyer was a lovely woman who appreciated them very much! 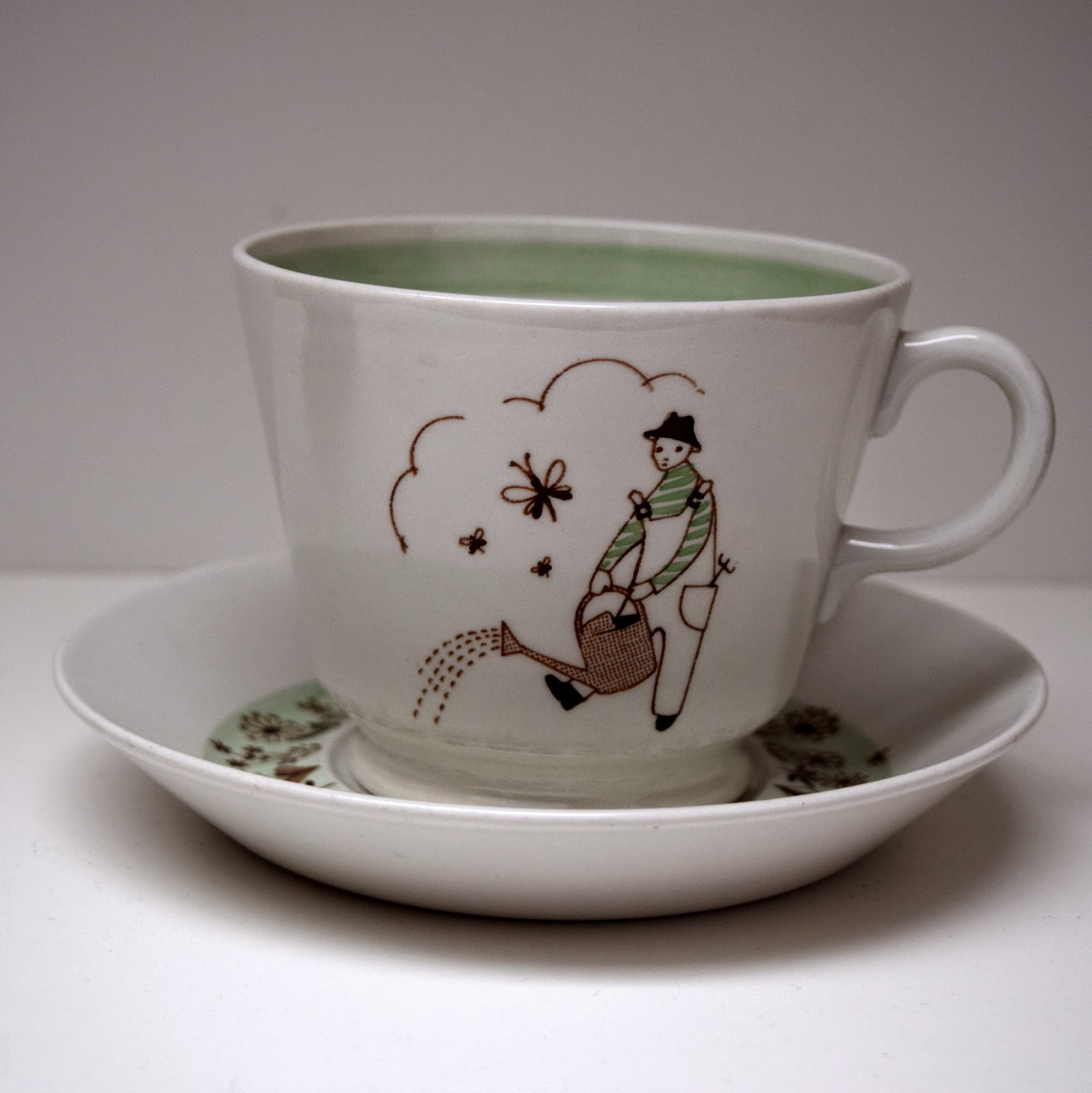 3) Arabia of Finland Breakfast Cup and Saucer It’s no secret that I love my Scandinavian finds! I was at Value Village and still a ways away from the coffee mug aisle but I could see this set like there was a halo around it! I just KNEW it was something. And I was right. Arabia of Finland. Never found a pattern name, but it didn’t matter. Collectors know what they’re looking for and what they like. 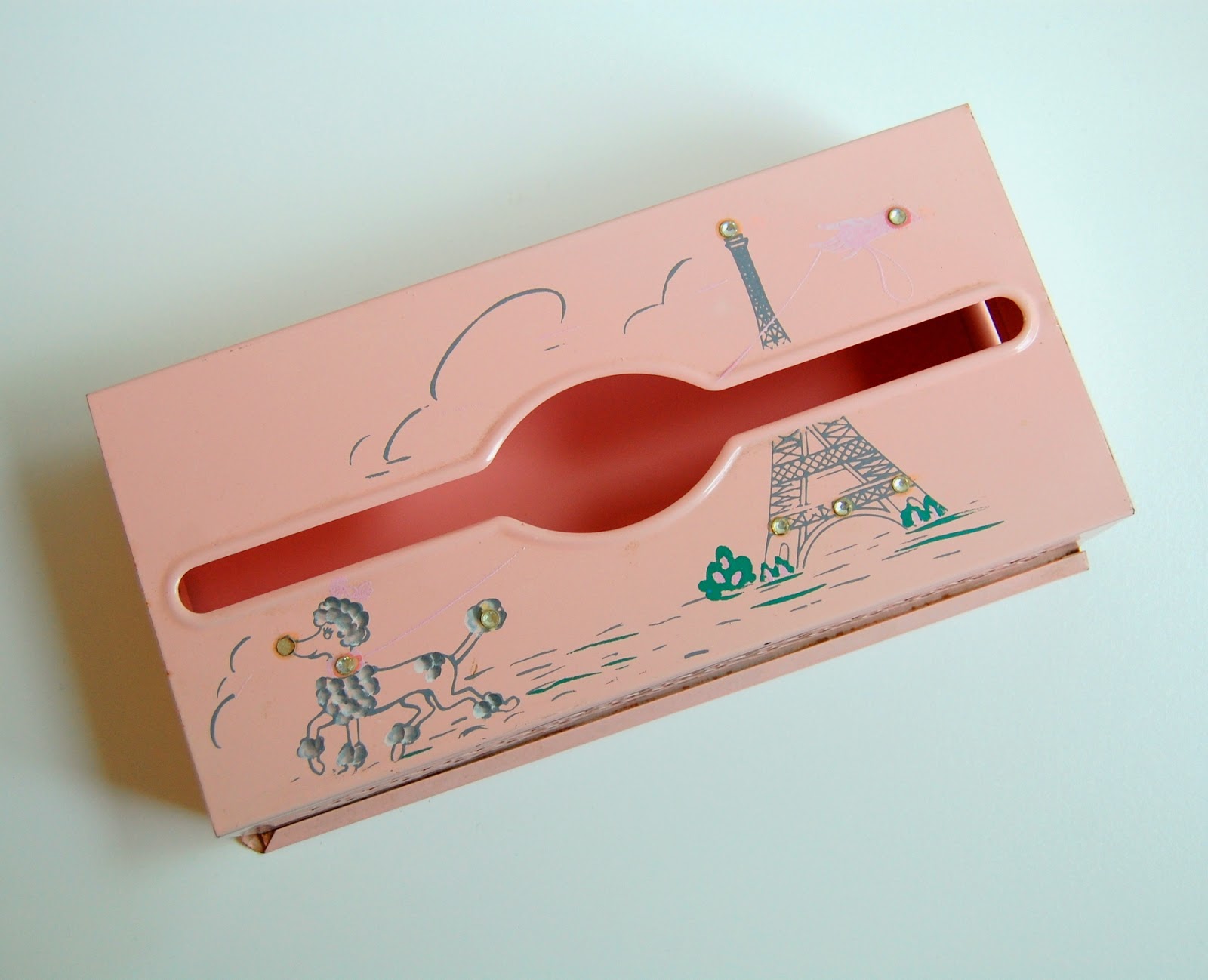 4) Pink Poodle Tissue Box Holder Not a terribly valuable one, but fun! I mean, where else could you find something like this? Gotta love the internet. The buyer for this was a therapist and was going to use it in her office. She later told me that all her clients comment on it. Love it! 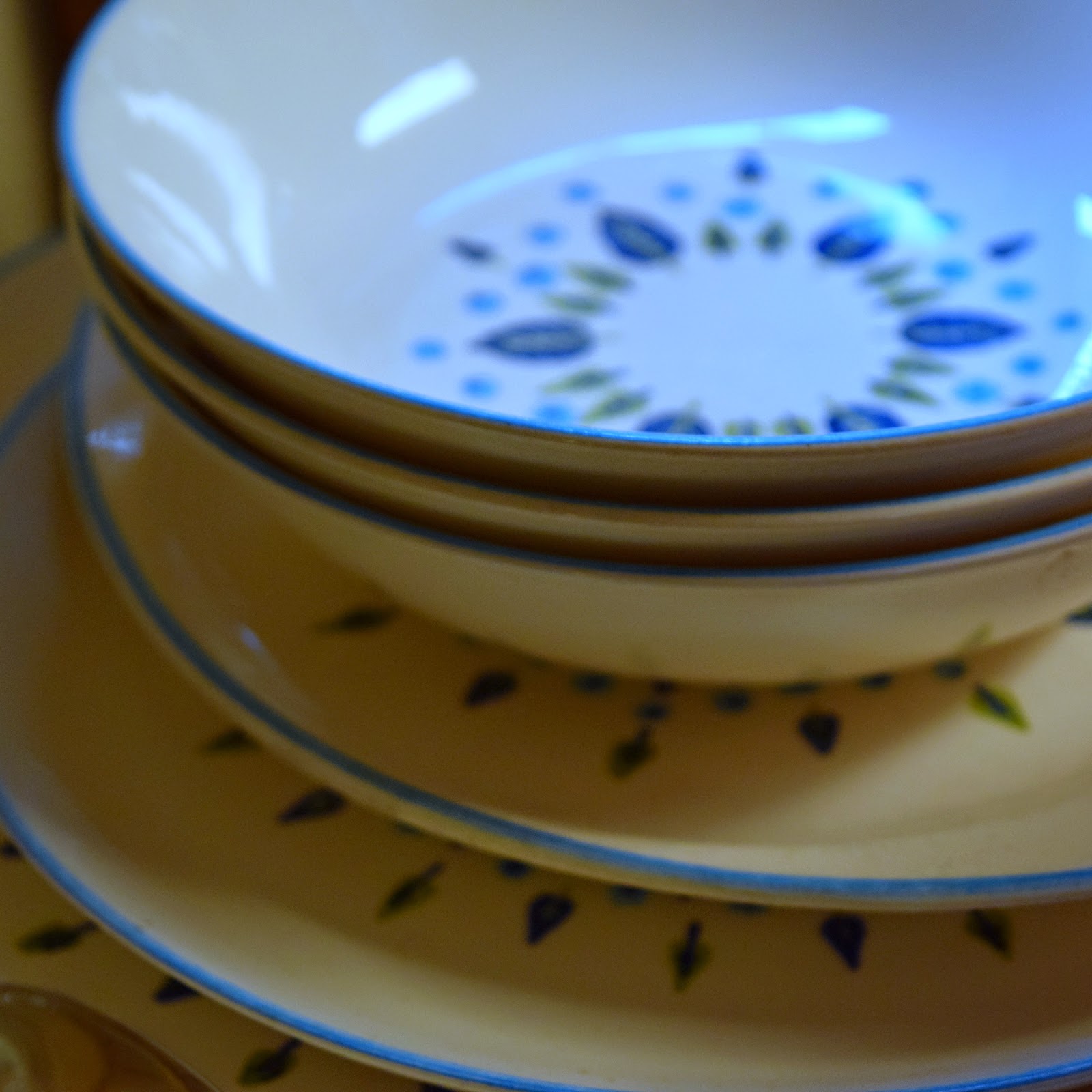 5) Swiss Alpine dishes. And finally a find for me! These are my dishes I’m collecting to use personally and over the year I’ve found quite a few. Always a good day when there are dinner plates in my pattern at the thrift store! Told you it didn’t take much to make me happy!