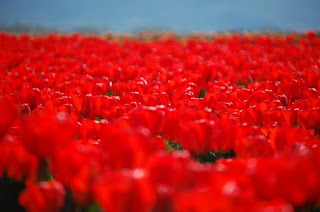 Field of Red at the Tulip Festival in La Conner, WA

Well, things are busy as ever here at Thrifting Adventures HQ. Just about 6 more weeks to go until Little Man #2 makes his appearance.

Listing is slow but steady, but of course blogging is falling by the wayside. When I actually have the energy to accomplish anything, there’s housework, listing, shopping (whoo hoo!) to get done. Plus an anniversary and a few outings here and there.

The last couple weeks were taken up with also getting my taxes done. So nice we had until the 17th. Not sure why I procrastinated..it was a bit time consuming because I don’t keep up with anything all year…just throw receipts and things in one spot. So much information is on the internet/computer…I just have to go looking for it.

But we’re getting a modest refund, so it was worth it.

Speaking of taxes, this month is generally slow for online sales…there’s Spring Break, better weather gets people outdoors and away from their computers. Plus I think people who owe money on their taxes are doing that right at the last minute…and then don’t have extra money to spend.
My April hasn’t been too bad…mostly because I’ve had some nice International sales!

First one that comes to mind was this vintage funky Fairy Tale fabric that I found at Value Village. 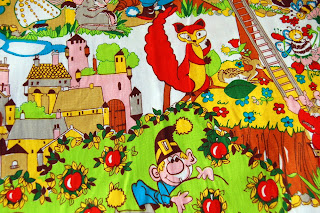 There was about 4 yards of it and I knew it was quirky enough that it would get snatched up. I could also have told you that it would sell to Japan.
It did. For $45.00
Note: Vintage Novelty fabric, especially children’s…no-brainer. Get it. List it. Ship it to Japan. 🙂

Right before that I sold my favorite Mid Century find. 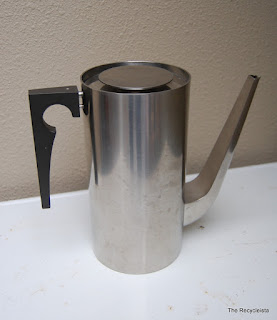 Stelton of Denmark coffee pot by Arne Jacobsen. His Cylinda line. Some of his designs are in the Museum of Modern Art. And there it was, on the shelf at my local Goodwill. 🙂 Of course, I didn’t know a whole lot about it at the time…I just thought it was cool..and from Denmark. Another no-brainer.
It sold for $180. To Australia.
And made it there. Safely. And the buyer is happy. Phew. 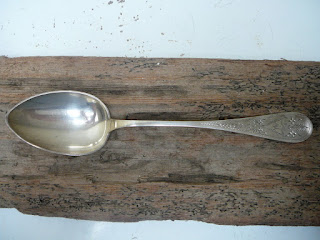 This Norwegian spoon went back to Norway. I believe it was in a big lot of silver flatware that I got at a yard sale. It sold for $59.99.
I also found and sold this puzzle. 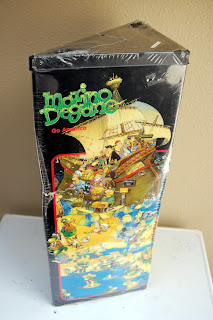 Sealed 4000pc Heye puzzle by Marino Degano.
It sold fairly quickly for $120 to a buyer in Chile. But they never paid, so now it’s relisted.
Okay, one last one. 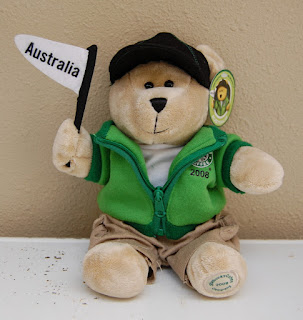 I usually skip the Starbucks Bearista bears, but this is from the Destination series. I kinda figured that this would be like the City Mugs. People like to collect different countries.
It sold fairly quickly for $65 to a buyer in Hong Kong.
So, despite the sometimes hassles of selling internationally (and honestly…my American buyers are sometimes more problematic) I don’t mind it at all! April would not have been the same without it!!
What do you like best about selling internationally? Or do you?